The Old Haleians Club, as it was called initially, has been located in different places around Perth over the years. Training took place on several fields across the city, but the Club never really owned a home ground. This changed in 1990 when the Club relocated to its current premises at Williamstown Road where it established its base with its own hockey turf, opened with significant input from Hale School.

Born from a boys School, the Club is no longer a Men’s only Club. In 1991 the Hale Women made their first competition appearance in Grade 11 of the Western Australian Women’s Hockey Association League. Struggling a little in the beginning of their first year while either learning to play the game or coming to grips with playing after long retirements, the team showed their true form in the second half of the season and ended up just missing out on finals.

A milestone for Hale was the Centenary, which the Club celebrated in 2005. The photo below represents a bit of Hale History. Between them, the members of the group in the photo attended Hale School from 1931 to 2005 and played for Hale at one time or another. A large number of them currently still plays hockey at the Club in Doubleview. 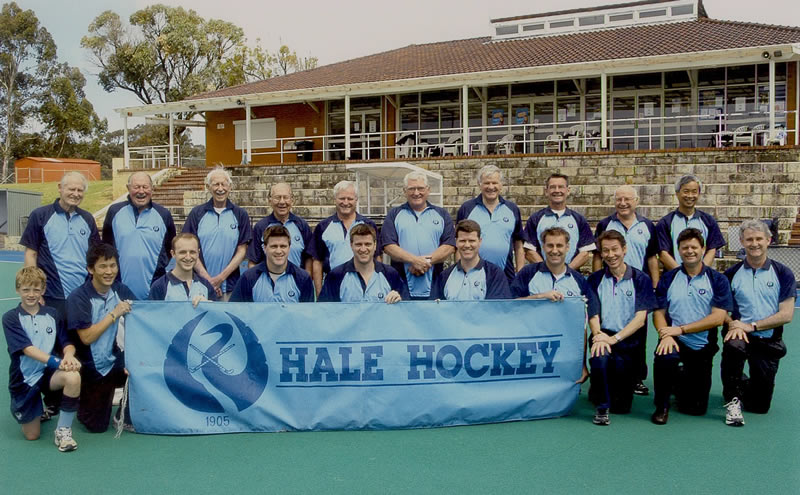 In 2007 the original water based turf was replaced, necessary due to overuse. At present Hale boasts one of WA’s best wet turfs and arguably the best grass fields around which are also still being used for competition. This gives us a competitive advantage over other Clubs.

In 2009, Hale hosted a training camp for Liaoning Province Hockey Team from North East China who used the facilities as part of their preparation for the 2009 All China Games where 33 sports are played, at an event that is larger than the Olympics. They had such a great time, they already expressed their wishes to return to play and stay at Hale and enjoy the facilities provided by Hale School and Hale Hockey Club.